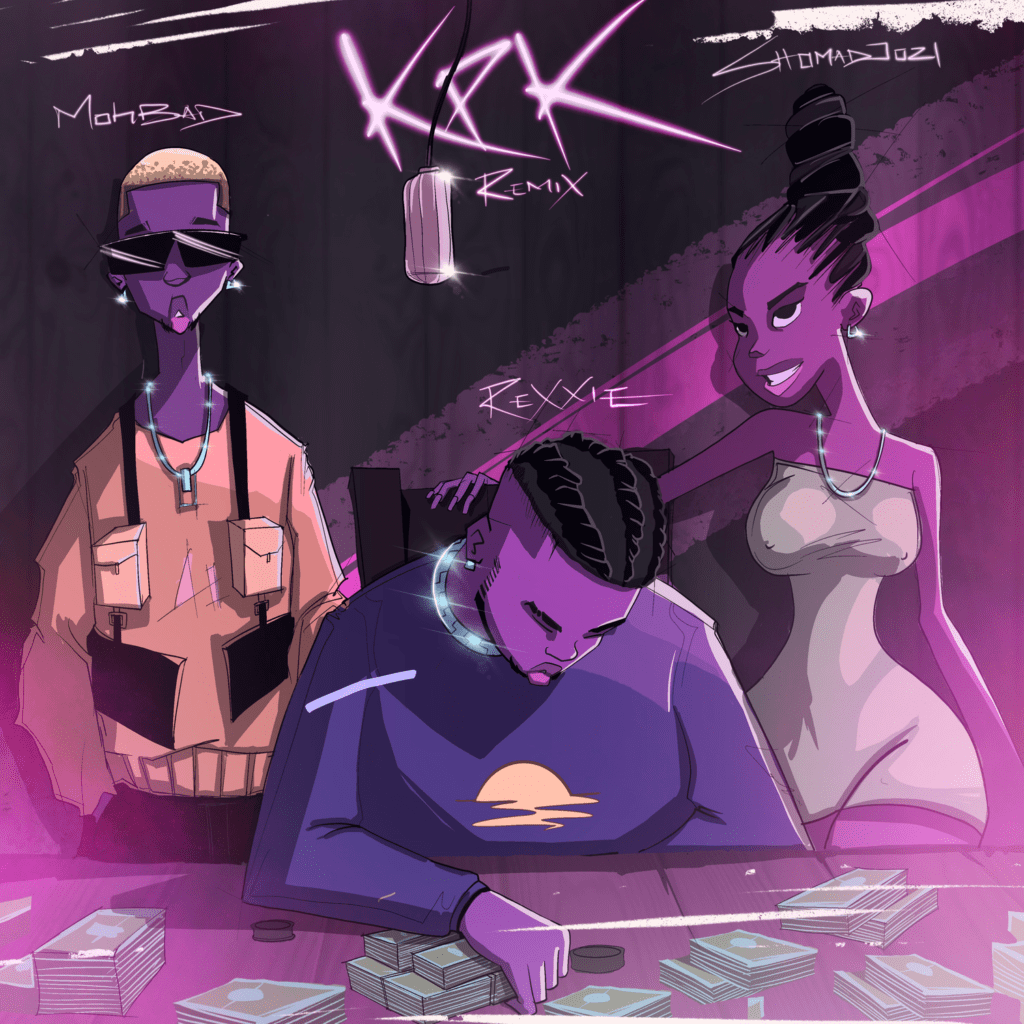 Rexxie comes through with the Remix for his 2020 hit track KPK featuring MohBad as he enlist Sho Madjozi… Listen!

Maya Christinah Xichavo Wegerif (born 1992), commonly known by her stage name Sho Madjozi, is a South African rapper and poet. She is known for rapping in her native tongue Tsonga, and for her Swahili house hit single Huku. She has featured in Okmalumkoolkatâs Ngiyashisa Bhe and Gqi, as well as DJ Maphorisaâs Probleme and is an up-and-coming artist within the South African rap scene.

and politics play a common theme throughout her work, such as in her spoken word poem Sometimes it Pours. After her return from the United States, Wegerif started rapping under the alias Sho Madjozi, in collaboration with Okmalumkoolkat. She is significant for choosing to rap in Xitsonga, and states that it is important to her to remain true to the language. Her fashion is an important element of her work, with her colorful and vibrant outfits matching the carefree style of her rapping. Madjozi achieved international exposure by her performance of Wakanda Forever with rapper YCEE at the Global Citizen Festival 2018 in Johannesburg.

âKPKâ which stands for Ko Por Ke and meansÂ It is PlentyÂ orÂ Who Says Itâs not PlentyÂ is an addictive street hop/pop record self produced by Rexxie, Written and voiced by Naira Marleyâs protege â Mohbad Imole! Released last year.

The song is the first single off Rexxieâs forthcoming âA True Championâ #ATC project featuring an all-star lineup from Africa and beyond.

KPK now has a Remix with additional vocals by Sho Madjozi. This new Rexxie release will be welcoming his ATC album, Stay Tuned! It is also a follow up to his last single, ‘Back2Back’ which feature Bella Shmurda.