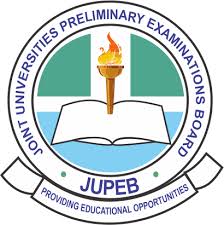 *No. 3 (a):*
First, we define Money as an any object that is generally accepted as payment for goods and services and the repayment of debt.

Money is any object that is generally accepted as payment for goods and services and repayment of debts in a given socioeconomic context or country. Money comes in three forms: commodity money, fiat money, and fiduciary money.

Many items have been historically used as commodity money, including naturally scarce precious metals, conch shells, barley beads, and other things that were considered to have value. The value of commodity money comes from the commodity out of which it is made. The commodity itself constitutes the money, and the money is the commodity.

Fiat money is money whose value is not derived from any intrinsic value or guarantee that it can be converted into a valuable commodity (such as gold). Instead, it has value only by government order (fiat). Usually, the government declares the fiat currency to be legal tender, making it unlawful to not accept the fiat currency as a means of repayment for all debts. Paper money is an example of fiat money.

Most modern monetary systems are based on fiat money. However, for most of history, almost all money was commodity money, such as gold and silver coins.

*The key Functions of Money*
Money has three primary functions. It is a medium of exchange, a unit of account, and a store of value:

(i) Medium of Exchange: When money is used to intermediate the exchange of goods and services, it is performing a function as a medium of exchange.

(ii) Unit of Account: It is a standard numerical unit of measurement of market value of goods, services, and other transactions. It is a standard of relative worth and deferred payment, and as such is a necessary prerequisite for the formulation of commercial agreements that involve debt. To function as a unit of account, money must be divisible into smaller units without loss of value, fungible (one unit or piece must be perceived as equivalent to any other), and a specific weight or size to be verifiably countable.

(iii) Store of Value: To act as a store of value, money must be reliably saved, stored, and retrieved. It must be predictably usable as a medium of exchange when it is retrieved. Additionally, the value of money must remain stable over time.

Economists sometimes note additional functions of money, such as that of a standard of deferred payment and that of a measure of value. A “standard of deferred payment” is an acceptable way to settle a debt–a unit in which debts are denominated. The status of money as legal tender means that money can be used for the discharge of debts. Money can also act a as a standard measure and common denomination of trade. It is thus a basis for quoting and bargaining prices. Its most important usage is as a method for comparing the values of dissimilar objects.

In this situation, the classical theorists believe that prices and wages will fall, reducing producer costs and increasing the supply of real GDP until it is again equal to the natural level of real GDP.

Total aggregate expenditure, AE, can be written as the equation

In conclusion, Keynes argues that prices will not fall further below P 2 because workers and other resources will resist any reduction in their wages, and this resistance will prevent suppliers from increasing their supplies. Hence, the SAS curve will not shift to the right as in the classical theory and the economy will remain at Y 2, where some of the economy’s workers and resources are unemployed. Because these unemployed workers and resources earn no income, they cannot purchase goods and services. Consequently, the aggregate expenditure curve remains stuck at AE 2, preventing the economy from achieving the natural level of real GDP. Figure therefore illustrates the Keynesians’ rejection of Say’s Law, price level flexibility, and the notion of a self‐regulating economy