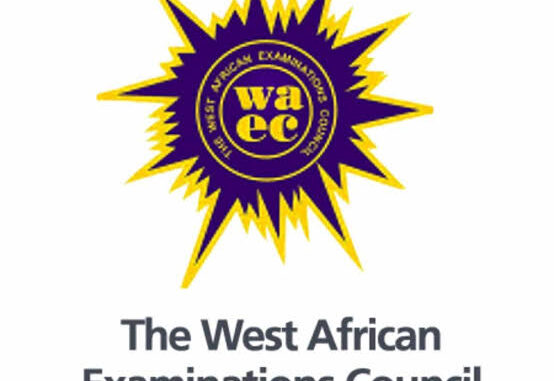 Woman are seen as second class citizens in the novel because it is in accordance with their customs and traditions. Prominence is placed on the male gender in the story. That is why the birth of Adah brought disappointment to her parents. They were expecting a male as their first child. For this reason, her father refused her quality education. He sends her younger brother, boy to an expensive school at Ladi Lak while Adah is left in the care of her mother. Even when Adah sneaks out to the Methodist Church school to learn. It is her mother that is punished and humiliated at the police Station by being forced to drink Garri. The father is not punished.
Even when Adah gets married to Francis, she faces similar humiliated which is coupled with domestic violence and severe beatings.
At the end of the novel, Adah is able to gain freedom through the help of a lawyer who helps her secure a divorce from her husband.
The plight of Adah shows the predicament of women in the African society.

4.
Mama Orojo and Ibuk, members of the Amen Kristi Church, IIIere are going about their duties as evangelists trying to win converts to their church. At a point, Mama sees and stares at an immigration officer, reminding her of a past experience. As they walk on, they feel that the people of IIIere are not receptive to their preaching and that a rival denomination, the Sahm brotherhood, consider them poachers. In spite of the discouragement, they intend to keep their appointment with a certain elderly man.
Mama recalls the day of their initiation into the Amen Kristi Church when Ibuk acted dramatic. Instead of kissing the cross, Ibuk had bitten it to the horror of everybody present. Even after the pastor had forgiven her misconduct, she laughed to the point of making other members of the congregation to laugh, too. Asked why laughing in that manner, she had retorted that she simply felt like doing so.
The conversation of the friends returns to the issue of an immigration officer seen earlier. According to Mama, seeing the officer reminds her of her brother who is still in Ghana. She recalls how, fifteen years before, she was forced to leave Ghana for Lagos, Nigeria alongside many other Nigerians considered aliens and ruiners of the country’s economy. On the way to Nigeria, her parents had died one after the other. She was thus left on her own with no family and very little money. Her brother and granny had been left in Ghana. Ever since, she has lost contact with the two.
Mama also recollects her predicament when she first arrived in Lagos, how many things were difficult, how lonely she was and so on. She suddenly announces her plan to visit Ghana and possibly bring her brother to resettle in Nigeria.
Mama and Ibuk arrive at the place of their appointment to meet Mr Tom Monday, their host, who receives them warmly. After the pleasantries, Tom Monday exhorts his guests not to take notice of his daughter or ignore her if she interrupts their discussion. He informs his guests that his daughter became a member of Sahm brotherhood, she had become very intolerant of other religious views, though not violent.

As her name suggests, Mary Rambo is both Mary, the saintly mother of Jesus, and Aunt Jemima, the female version of Sambo. Mary is a strong black woman who has learned to survive the violence and corruption of the city by relying on her inner resources. A Southern woman who now lives in the North, Mary provides the narrator’s only source of love and comfort.

After his harrowing experience at the Liberty Paint Factory Hospital, the narrator is grateful for Mary’s kindness and generosity. Seeing him simply as a fellow human being who needs help, Mary takes him into her home, cooks for him, and nurses him back to health. When he can’t pay his rent, she tells him not to worry. Seeing how depressed he is about his situation, Mary encourages him and reassures him that he will make something of himself and be “a credit to his race.” She does everything she can to demonstrate her faith in him and, in effect, adopts him as her surrogate son.

During this time, the narrator sees Mary as the saintly mother figure, referring to her as his anchor and guide, and appreciating her support and generosity. But after he meets Brother Jack and begins to work for the Brotherhood, he sees Mary through different eyes. She becomes a source of shame and embarrassment for him, prompting him to try to shatter her image, as symbolized by his futile attempt to discard the cast-iron bank. The bank, like Mary, represents a part of his heritage he wants to forget. Although he initially appreciates her cooking, he now complains of his steady diet of cabbage. At first he sees her home as a sanctuary and source of solace and comfort, but later he notices the noise, poverty, and filth surrounding her, as indicated by the banging on the pipes, the smell of cabbage, and the invasion of roaches.

He finally leaves Mary without even saying goodbye, confident that she will survive, having undoubtedly gone through similar experiences with other black men.

Mary is a survivor who represents the courage and dignity of the black woman. Although she is not based on any specific historical character, she is a woman in the tradition of Harriet Tubman, Sojourner Truth, or Mary McCloud Bethune.

One of the most memorable characters in the novel, Ras the Exhorter (later called Ras the Destroyer) is a powerful figure who seems to embody Ellison’s fears for the future of the civil rights battle in America. Ras’s name, which literally means “Prince” in one of the languages of Ethiopia, sounds simultaneously like “race” and “Ra,” the Egyptian sun god. These allusions capture the essence of the character: as a passionate black nationalist, Ras is obsessed with the idea of race; as a magnificently charismatic leader, he has a kind of godlike power in the novel, even if he doesn’t show a deity’s wisdom. Ras’s guiding philosophy, radical at the time the novel was published, states that blacks should cast off oppression and prejudice by destroying the ability of white men to control them. This philosophy leads inevitably to violence, and, as a result, both Ellison and the narrator fear and oppose such notions. Yet, although Ellison objects to the ideology that Ras embodies, he never portrays him as a clear-cut villain. Throughout the novel, the reader witnesses Ras exert a magnetic pull on crowds of black Americans in Harlem. He offers hope and courage to many. By the late 1960s, many black leaders, including Malcolm X, were advocating ideas very similar to those of Ras.

Ras, who is depicted as a West Indian, has reminded many critics of Marcus Garvey, a Jamaican-born black nationalist who was influential in the early 1920s. Like Ras, Garvey was a charismatic racial separatist with a love of flamboyant costumes who advocated black pride and argued against integration with whites. (Garvey even endorsed the Ku Klux Klan for working to keep whites and blacks separate.) However, Ellison consistently denied patterning Ras specifically on Garvey. If any link does exist, it is probably only that Garvey inspired the idea of Ras, not that Ellison attempted to recreate Garvey in Ras.

(7)
Setting can be defined as the physical or social environment within the character in a work of prose operate. Setting is also the location and time frame in which the action of a narrative takes place. The setting is the backbone for a novel it sets the tone and gives the reader a mental image of the time and places the story takes place. The Wuthering Heights Estate in Emily Bronte’s novel “Wuthering Heights” is one of the most important settings in the story.
The spatial setting of the story straddles three important places, namely Wuthering Heights, Thrushcross Grange and the moors in between. Each of these places is important for different reasons. The two families the story centres around live in these houses, and the houses are symbolic in different ways. Wuthering Heights, as the word wuthering suggests, represents a world that is withered of humanity, a world of darkness in the figurative sense; while the Grange directly suggests a land being farmed, with its implication of fecundity. The Heights does not only experience wild wind and cold weather, its inhabitants are also people with a wild streak, generally cold and crude. Like a typical gothic setting, Wuthering Heights, from the beginning of the novel, is presented as a dark and ominous building. ancient and isolated, all of which foreshadow the gloomy atmosphere that dominates the novel, especially the events that take place there.
On the other hand, the Grange is peopled by a refined gentleman, a gentlewoman and their waited-on-children. The house is well furnished, the weather there more clement, and almost everything about the house in an ideal state. It is also closer to town and its inhabitants are more conscious of social manners as well as morals. The moors separating the two houses signify barrenness, wildness, coldness, and wilderness where people get lost easily; yet, it is a place of attraction to wild spirits such as those of Heathcliff and Catherine. In temporal terms, the story is set in the late 18th century England. Although the period preceding this time was already characterized by class stratification in England, social mobility through marriage gained currency in the 18th century following the emergence of the middle class that came to bridge the gulf between the aristocracy and the working class.